Cinema Lumière by Hattie Holden Edmonds hits book shops next month, telling the tale of a fictional cinema that only houses one seat…showing viewers a film of their lives.

Hannah Bailey has sealed her heart against love, she’s resigned herself to a dead-end job and her catastrophic thinking is out of control. In fact, she’s hard pushed to find a single reason for her existence – until the day she stumbles across a tiny cinema with just one seat…

Cinema Lumière doesn’t screen Hollywood blockbusters or even low budget art-house flicks. Instead it shows people films of their lives. But how does the mysterious French owner Victor create such unique biopics and why is he so determined to coax Hannah into that single red velvet seat?

Set in West London’s Portobello, and Paris, Cinema Lumière is a story of love, loss and seeing your life on the big screen. 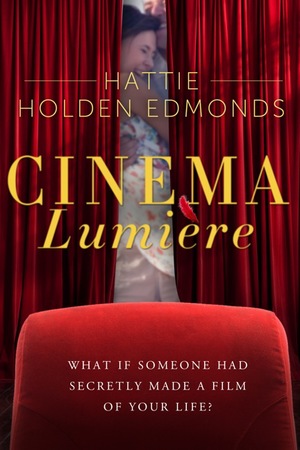 “A stunning debut. Made me laugh out loud, cry…and ache with recognition.”

Cinema Lumière is out on 8th October, published by Red Door. It will be available on Amazon, Kindle and at all good book shops.

The author, Hattie Holden Edmonds, was the in-house writer at Comic Relief for three years, working on projects with Richard Curtis, Armando Iannucci and Sacha Baron Cohen, amongst others. Prior to that, Hattie worked as the London correspondent for German pop magazine Bravo. You can find out more about Hattie at www.hattieholdenedmonds.com.

One of Notting Hill’s finest bookstores, Book & Kitchen, has a couple of exciting events lined up for September!

First up, a ten-week masterclass in children’s picture book writing and illustration starts that month, taught by Dr Karenanne Knight. Starting on Monday 15th September, the course is perfect for anyone that’s got an idea for a children’s book  – whether actually properly planned out, only roughly jotted down, or even just kept in their heads for the moment – as at the masterclass, you’ll be able to find out exactly what it takes and what’s involved to develop such a book. The course will include special guest visit from publisher’s and children’s authors, which will help attendees find out more about not only the creative process, but also about the publishing side of things. 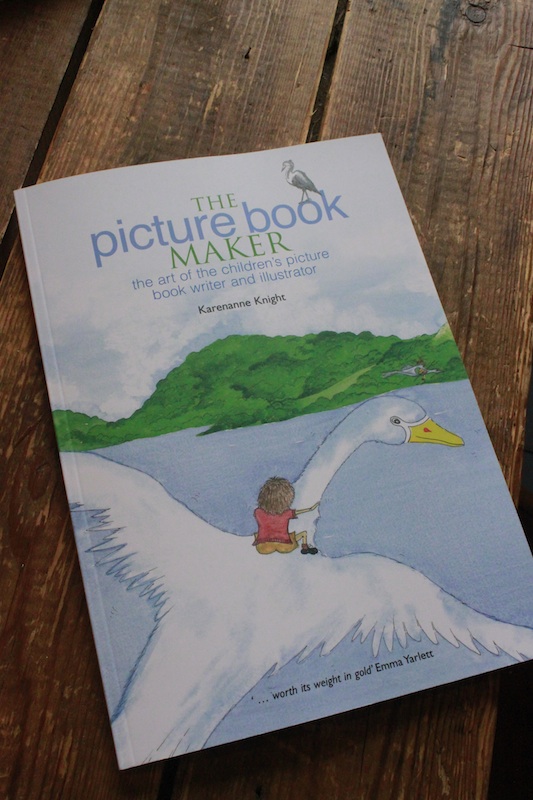 The ten-week course costs £399, which includes a copy of Dr Karenanne Knight’s The Picture Book Maker. More details on the course can be found here: www.bookandkitchen.com/ai1ec_event/masterclasspicturebookmaker/?instance_id=931

Also in September, Book and Kitchen will be hosting the Poster After Life exhibition by artist Gosia Łapsa-Malawska. The exhibition is based on a collection of old posters that Gosia photographed and collected in Europe and South America. The Polish artist – who is now based in London – has created new artworks from neglected ones, offering a fresh outlook on our streets and cities that is tinged with nostalgia. 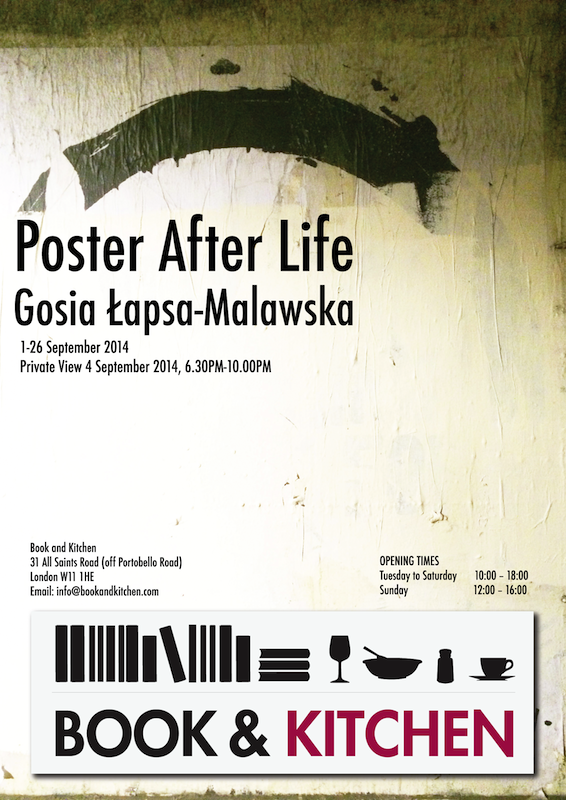 The exhibition is on from Tuesday 2nd to Friday 29th September (closed Mondays) and entry is free.

Book and Kitchen
31 All Saints Road
W11 1HE
www.bookandkitchen.com

Renowned violinist Dmitry Sitkovetsky and acclaimed pianist and former BBC Radio 3 presenter Iain Burnside will perform with the lauded Czech string ensemble The Zemlinsky Quartet in another wonderful ‘Music in Context’ concert presented by the ASPECT Foundation for Music and Arts.

The evening will explore Tolstoy’s inspiration for his controversial novel, which was inspired by the Beethoven sonata of the same name. The original Kreutzer Sonata by Beethoven was dedicated to the French violinist Rodolphe Kreutzer, who never performed it; Tolstoy’s novel, in turn, inspired Czech composer Leos Janacek to write his eponymous, intense and feverish first string quartet. 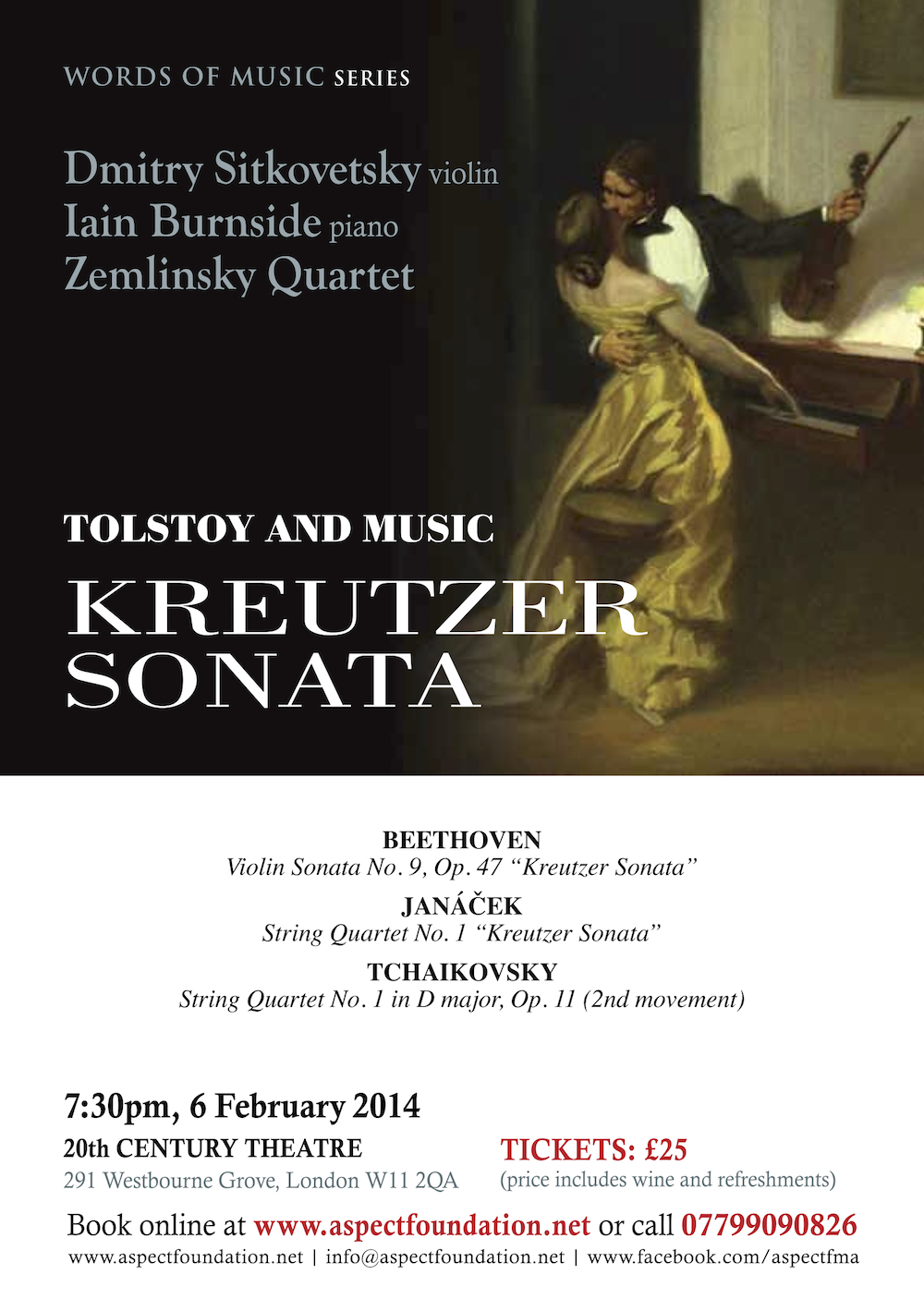 Tolstoy had a particular passion for folk music, with the second movement of Tchaikovsky’s first quartet – based on a folk song from Tolstoy’s childhood – bringing tears to his eyes. However, he was highly selective about the works of Western composers; while Tolstoy admired Beethoven and was captivated by his music, he was also of the view that the composer had brought about the decline of musical art.

In The Kreutzer Sonata, Tolstoy expresses his complex and controversial views on marriage and sexuality, focusing on the conflict between the main character, Pozdnyshev, and his unnamed wife, who plays Beethoven’s sonata with a spirited violinist.  While she becomes impassioned by the music, Pozdnyshev, believing himself deceived, is overcome by a jealous rage and murders his wife.

The musical narrative of Janacek’s String Quartet No. 1 ‘Kreutzer Sonata’, seems to mirror the unfolding marital tragedy of Tolstoy’s novel, while the third movement of the quartet is modelled on the second theme of Beethoven’s ‘Kreutzer Sonata.’

As well as performing the work, Mr Burnside will also be giving an illustrated talk about the music.

Join the ASPECT Foundation for a fantastic evening as they explore the unique connections between music and literature, and witness music become, in Tolstoy’s words, ‘…a shorthand of feelings.’

The ASPECT Foundation for Music and Arts was established to introduce and promote and novel concert format, ‘Music in Context’, aiming to fuse together separate art forms. ASPECT promotes and supports artists, as well as aiming to inspire the audience through a collaboration between musicians and speakers. They seek to present not just a recital, but an inspiring synthesis of music, art history and social culture – as they say, “it’s more that a concert”. More on ASPECT can be found on their website or on their Facebook page at www.facebook.com/AspectFMA

Right in time for the Christmas-present buying season – yes, it’s that time of year again! – Notting Hill’s excellent Book & Kitchen will be hosting their first ever Christmas Shopping Evening on 7th November 2013, from 5.30pm to 9pm.

As well as Book & Kitchen’s own delights – they stock the best in classic and modern literature for all ages – interior design company Maud Interiors and Japanese accessories brand Keiko Uchida will also be displaying their wares on the evening. That means there will be plenty of suitable presents for all book worms, fashionistas and homeware fans available at the event – aptly titled ‘Around the World in 80 Gifts’.

The Kieko Uchida Collection is made up of some very pretty kimono dressing gowns and accompanying accessories, all truly fusing traditional Japanese ideas with modern European aesthetics. Having worked as head of the household division team at Muji for nine years, Ms Uchida launched her own company in 2012 and debuted her collection in the UK at Pulse London in May 2013.

Maud Interiors are an online boutique that offer a wide range of eclectic items – from vintage home accessories, such as hand embroidered tribal cushions, floor cushions, vases and wall hangings – as well as handcrafted gifts. They work with independent designers and social enterprises that seek to provide a livelihood for artisans and help preserve traditional handicrafts.

Don’t forget that you can pop along to Book & Kitchen daily to check out their books, or for a meal – their downstairs restaurant is open for breakfast through to dinner, serving salads, soups, cakes, tea and coffee.