If you’re wanting to find out more about Notting Hill, you’ve come to the right place! Notting Hill is an area in West London, in the Royal Borough of Kensington and Chelsea. The area was most well-known for Portobello Market (on Portobello Road, unsurprisingly), which runs every day except Sundays, and the Notting Hill carnival, held every year on the last weekend in August.

Of course, we couldn’t talk about Notting Hill without mentioning the film – especially so as this website went “live” roundabout the same time the film was released in 1999. Starring Hugh Grant and Julia Roberts, the film did much to promote and raise interest in the area. The late 1990s, after all, was still a time when much of Notting Hill was undergoing changes and gentrification. Some say that this has now gone too far – much of the area is incredibly expensive in terms of house prices and rents, as well as rents for shopkeepers – and some of the unique soul the area previously held has been lost, with parts almost becoming a bit like any old British high street. 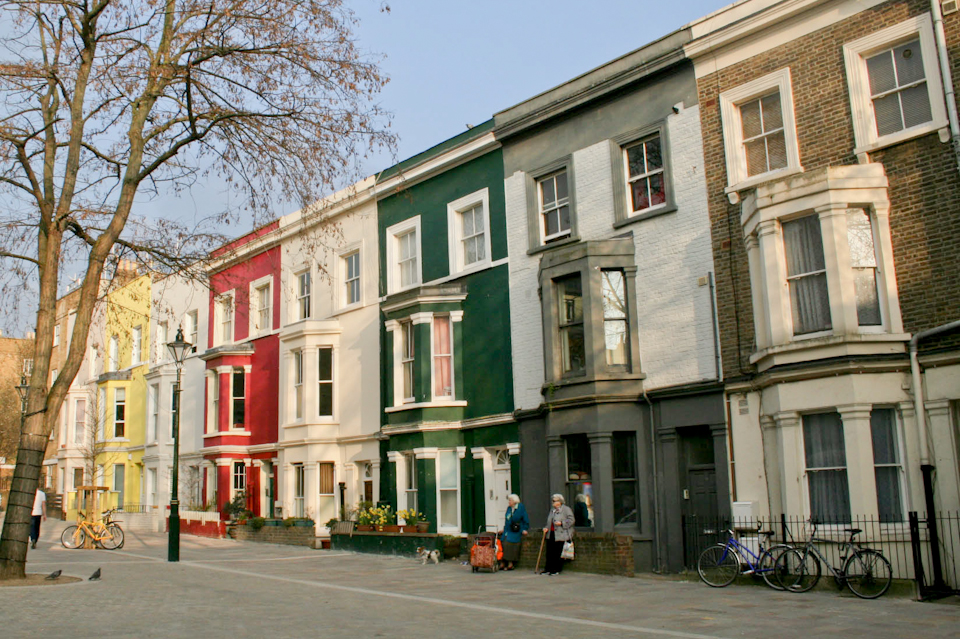 Almost, though, but not quite. Notting Hill is still a great place to visit, from its cafes and restaurants, its market and boutique shops, to its many pubs and bars – and the area still holds so much uniqueness to enjoy. It also has much in the way of entertainment, whatever your interest – be it shopping, dining, film, drinking, clubbing or more!

Even better, the area (and nearby places) has always had a decent number of accommodation options, with something for any budget. You can stay right in the heart of the area if you choose to…of course, even if you stay elsewhere in London, Notting Hill is very easily reached by Underground or bus from elsewhere in London.