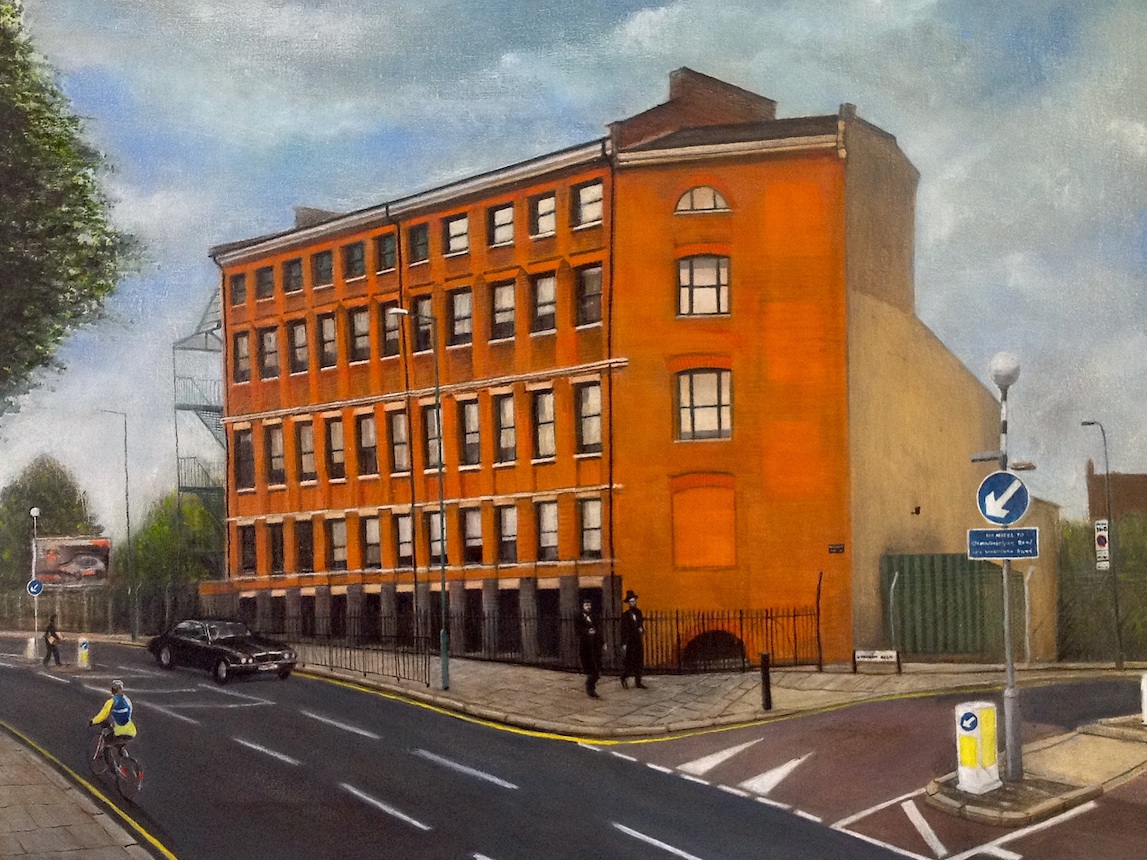 British contemporary artist James Cooper will be exhibiting some of his most recent work at Newman Zieglmeier in Kensal Rise next month (5th – 30th June), the latest in a series of exhibitions from the C99 Art Project.

At this – his fifth solo exhibition in London – James Cooper will be showcasing small to medium sized images of urban scenes, landscapes, interiors, female life studies and personal portraits. The urban scenes and landscapes include recognisable places and landmarks such as Hampstead Heath and The Holland and Holland Gun Factory (shown below), images that represent Cooper’s intense interest in everyday life. The portraits that feature in the exhibition have been painted from life, often in the sitter’s home or in personal surroundings, which offer a contrast between the subjects and the places they are found, and ask the viewer to question and further examine the surroundings shown. All of the works in the exhibition are united by their intelligent and compassionate depiction of people and places.

Born in 1971, Cooper is a London-based artist, who completed a pre-degree in Fine Art at Kensington and Chelsea College and a BA (Hons) in Fine Art painting at Hornsey College of Art. Having served in the armed forces for five years, he then co-owned the highly acclaimed Windmill restaurant in Fulham. Setting up his first studio there, James used the venue to launch his own paintings, as well as curating group and solo exhibitions for other artists.

The C99 Art Project represents a number of artists who exhibit in public and private collections in the UK and across the world. Newman Zieglmeier is an architecture and interior design practice founded in 2004 by Mark Newman and Thomas Zieglmeirer, who have established an innovative approach to art, architecture, design and build.

Viewings are by appointment Mondays to Fridays, and open on weekends.