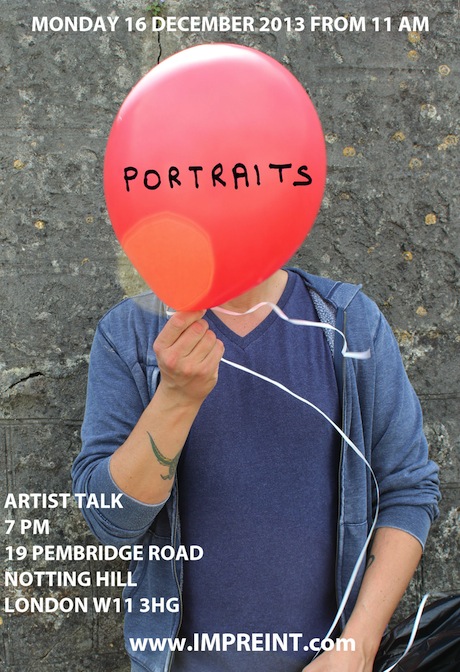 We’re written before about the fun and quirky exhibition ‘Balloons’ by the artist IMPREINT, which is currently on show at Arancina on Pembridge Road. The exhibition – made up of a series of one thousand pieces of limited edition paintings on paper – is being exhibited until early 2014, having already made appearances around the globe in as far flung places as Budapest and Hong Kong.

We now bring you the exciting news that the artist behind the exhibition, IMPREINT, is giving a talk next Monday 16th December. Join him from 7pm to find out more about his work.

The exhibition – the pieces of which change frequently – can also be viewed from 11am on the same day, and daily during Arancina’s regular opening hours until 7th January 2014.