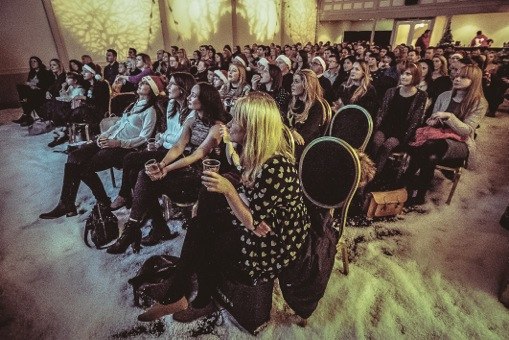 Hot on the heels of their Halloween-themed film screenings, Pop Up Screens return to the 20th Century Theatre on Westbourne Grove for a line-up of magical Christmas and winter films. They’ll be kicking things off on 12th December at 8.30pm with that absolute classic, Elf, and will be running their own version of the ’12 days of Christmas’ (but with movies instead of…things…) with screenings up until 23rd December!

On top of that, the 20th Century Theatre will be transformed into a snow-filled (you read that right!) winter wonderland, so if we don’t have a real white Christmas this year (although, when do we ever?), at least you can attend a ‘cinema in the snow’! If that’s not enough, you reach this winter wonderland through a magic wardrobe…!

As mentioned, films will be shown daily up until 23rd December, and weekends will see three screenings a day. There’s a great variety of films with something for all ages – whether you’re taking the kids, going along with friends, or getting in the festive spirit after work. You’ll also be able to buy some special winter treats to enjoy during each screening, including boozy hot chocolate, mulled wine and plenty more, and with doors opening an hour before each film starts, there’s plenty of time to take in the ‘wintery’ surroundings, grab your snacks and drinks and make yourself comfortable.

“Our Christmas screenings are really special and incredibly satisfying.  It’s wonderful seeing the disbelief on people’s faces as you ask them to walk through a wardrobe to enter the cinema and then watch as a burley bloke instantly reverts to a 9 year old and starts throwing snow at his friends.  I say it a lot, but Christmas is genuinely the most special thing we do.”

Tickets cost £20 for adults and £10 for kids. You can buy tickets and find out more details at www.popupscreens.co.uk.