The UK’s only established party dedicated to none-other than Mr Kanye West returns to our bit of town on 28th September 2015 for its next instalment at the legendary Notting Hill Arts Club. Whatever you say about Kanye – one of the most awarded, hated, loved & controversially spoken stars in music – he’s also one of the most influential people of our generation (if none other than Time magazine is anything to go by).

Born in early 2014, Dedicated to Kanye (DTK) has established itself as the home of Kanye parties. With its unique Kanye Only Music Policy, you can expect to hear rare album cuts, niche Ye’ features, productions and of course album hit after album hit all night long. The party is a gateway into the church of Yeezus and as it’s open from 9pm to 2am, you can listen to #YeezyAllNight.

DTK has been featured in the likes of Vice Magazine, Noisey, Time Out London & The Evening Standard, and has been supported on social media by the infamous Team Kanye Daily (the only Kanye fan club/socials followed by Kim Kardashian & Team Donda). 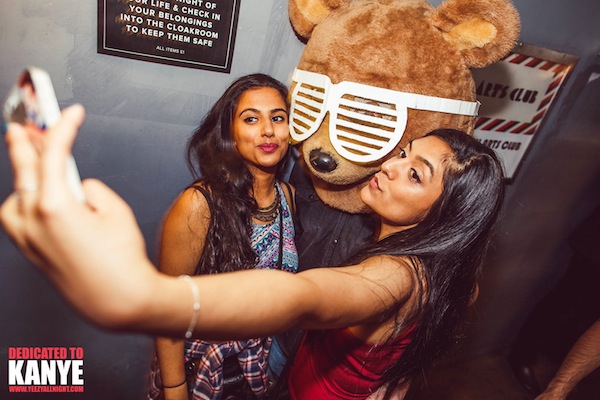 Check out what Vice Magazine had to say about a DTK night from earlier this year: There is a club night in West London that only plays Kanye West.

Time Out also recently had the night as one of their top nightlife things to do in London: 43 Dazzling Things To Do in London

Early bird tickets are currently only £3, whilst the next batch to be released will cost £5; tickets can be bought online at www.milkshake-fatsoma.com. Be sure to snap up tickets for the event soon – this will be sold out!

Full details of the events can be found on Facebook at bit.ly/FresherThanMyClique.